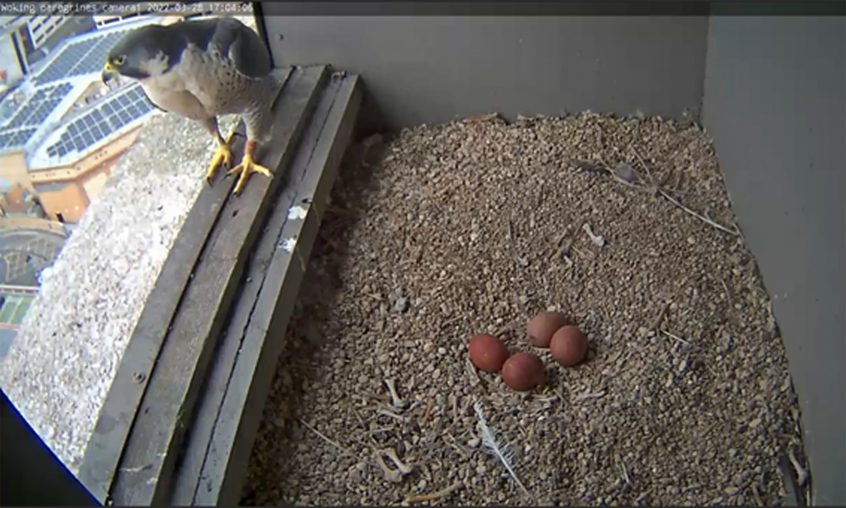 It’s the lull before the storm for many of the “public” Surrey birds. Pairings have been established, nests furnished and eggs laid. Soon it will be time for the hard work of feeding a hungry and demanding family.

In the seventh year of the project, the new pairing of Woking Peregrines produced their first egg on 21 March and their fourth egg one week later. Perhaps another week of peace left before the first chick emerges. Thanks to support from Woking Borough Council, their progress can be followed on the webcam:

The Barn Owls at Tice’s Meadow have also produced four eggs. The first egg was laid on 19 March, nine days earlier than last year, and the fourth on 27 March – very similar to the Peregrines. The first owlet emerged on 20 April and the second on 22 April; so the others should soon appear. These can be watched here:

Meanwhile there are currently three eggs in the Tice’s Meadow Kestrel box with the first egg laid on April 17 and so hatching should start in mid-May. Another webcam follows their progress: