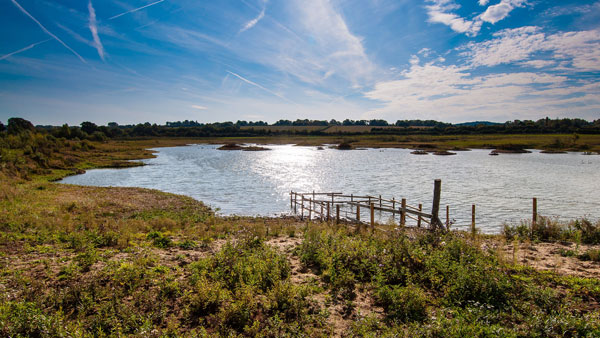 The communities of Farnham, Badshot Lea and Aldershot have six months to save Tice’s Meadow Nature Reserve. The multi-award winning wildlife haven is under threat, and the volunteers of the Tice’s Meadow Bird Group are warning that the clock is ticking, with an unknown potential buyer in final negotiations to buy the 150 acre site in Badshot Lea.

Landowners Hanson, operators of the former Farnham Quarry, formally notified Waverley Borough Council of their intention to sell the site on Tuesday 3rd November. Due to the site’s status as an Asset of Community Value (under the Localism Act 2011), community interest groups can now register as a potential bidder by December 15th. If any groups do
register, they will then be given until May 3rd 2021 to raise the funds for a bid. During this period, Hanson would not be able to legally sell the site to any other party.

The site was first put on the market in June 2019, with Farnham Town Council, Waverley Borough Council and Rushmoor Borough Council all showing an interest in the past, with the former two councils both submitting unsuccessful bids. A bid from a local property developer was rejected by Hanson earlier this year following a protracted due diligence
period, after which the bidder reduced their offer.

Local volunteers and nature reserve users are worried as Hanson have repeatedly stated that they will pay no regards to the suitability of the new owner and their plans for the site. Hanson have also called the future of the Tice’s Meadow Bird Group into question, and have repeatedly failed to formalise the status of the volunteers as the caretakers of the site, despite acknowledging that the vast majority of site maintenance is undertaken by
them at no cost to the landowner.

A TMBG spokesman said: “We are asking local councils, community groups and third-sector organisations to consider joining us in a coalition to save Tice’s Meadow. We are confident that by working together and pooling our resources, skills and experiences, we can ensure the future of our much-loved community nature reserve – an open green space that has been very important to so many local people during this difficult year. Please join
with us to stop any development of this vital green buffer between Farnham and Aldershot, a regionally important wildlife haven, a site that protects many hundreds of local houses from flooding, and a much-used community asset”.

For more information about Tice’s Meadow Nature Reserve, including details of volunteering opportunities, updates on the sale process and an online petition that members of the public are encouraged to sign to show their support, please see their website.